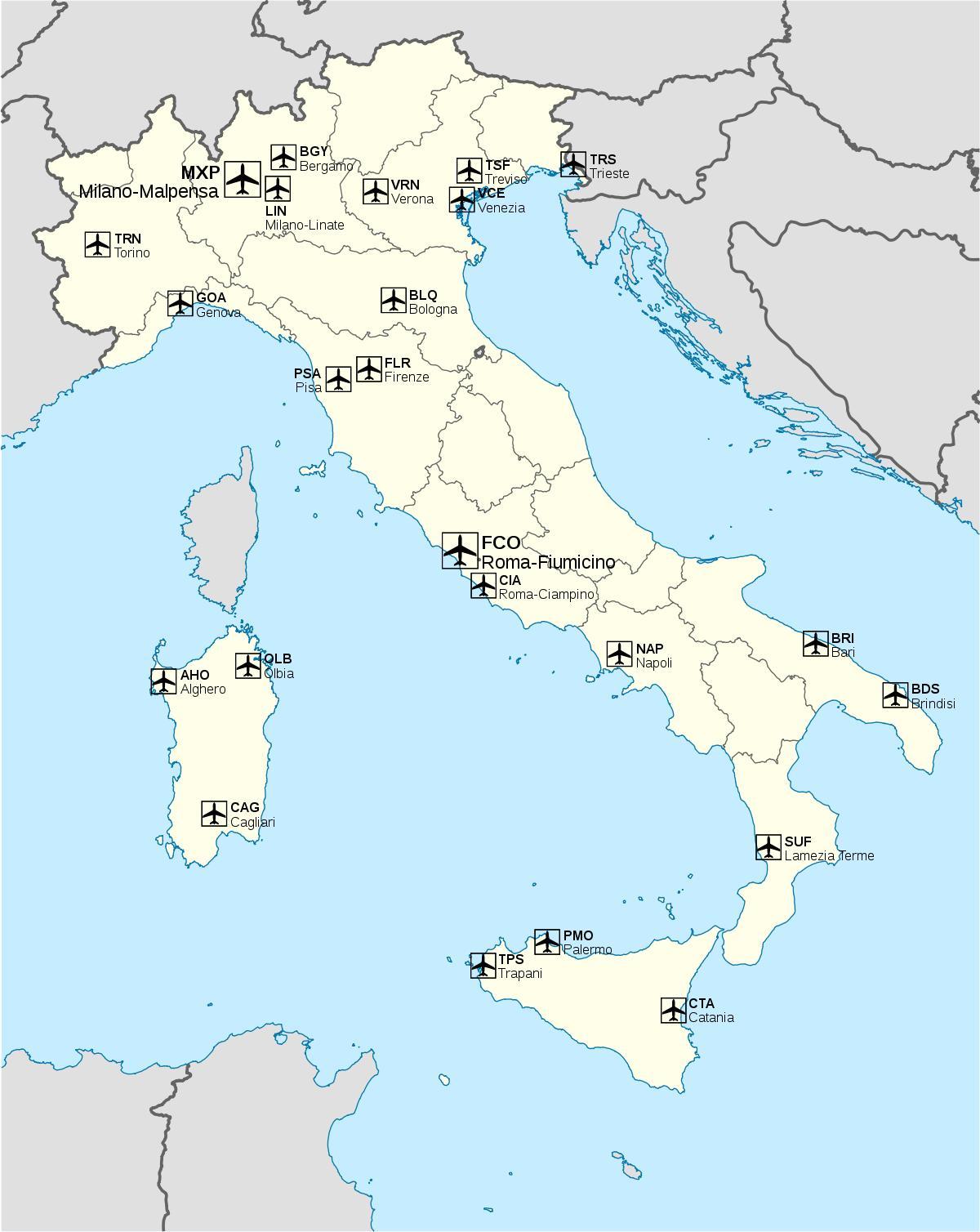 The Italy airports map shows location of airports in Italy. This airports map of Italy will allow you to determine which airport you will used to leave or arrive in Italy in Europe. The Italy international airports map is downloadable in PDF, printable and free.

In 2004 there were approximately 30 main airports (including the two hubs of Malpensa International in Milan and Leonardo Da Vinci International in Rome) and 43 major seaports (including the seaport of Genoa, the country largest and second largest in the Mediterranean Sea) as you can see in the map of Italy airports. In 2005 Italy maintained a civilian air fleet of about 389,000 units and a merchant fleet of 581 ships.

Most of the Italian airports are more or less situated near the coast as its shown in the map of Italy airports. This is caused by the special shape of the country. Due to the large number of airports in Italy, even the corners of the country are easily accessible by plane. Rome has two airports. The busiest airport is called Rome Fiumicino Airport, the smaller airport is named Rome Ciampino Airport. Rome Ciampino Airport is located the closest to the centre of Rome.

The Leonardo da Vinci Airport by Rome is the largest airport in Italy and the main hub for Italy largest airplane company Alitalia as its mentioned in the map of Italy airports. The main airport in the Milan region is the Malpensa airport which is located northwest of the city. The Linate airport is located south of Milan and from this airport it is easy to reach the city centre of Milan. Another really busy airport in Lombardy is the Bergamo airport which is located in Orio al Serio, south of the city center near the A4 highway. When travelling to Venice, the Marco Polo airport, which is located a bit north of the town, is the first priority. The Catania Fontanarossa Airport is the main airport on the island of Sicily.