You can find on this page the Italy trains map to print and to download in PDF. The Italy railways map presents the rail network and shows high speed rails routes of Italy in Europe.
Traveling by train is usually the best option for visiting large and medium-sized cities as its shown in Italy train map, where driving is nerve-wracking and parking is scarce and expensive. 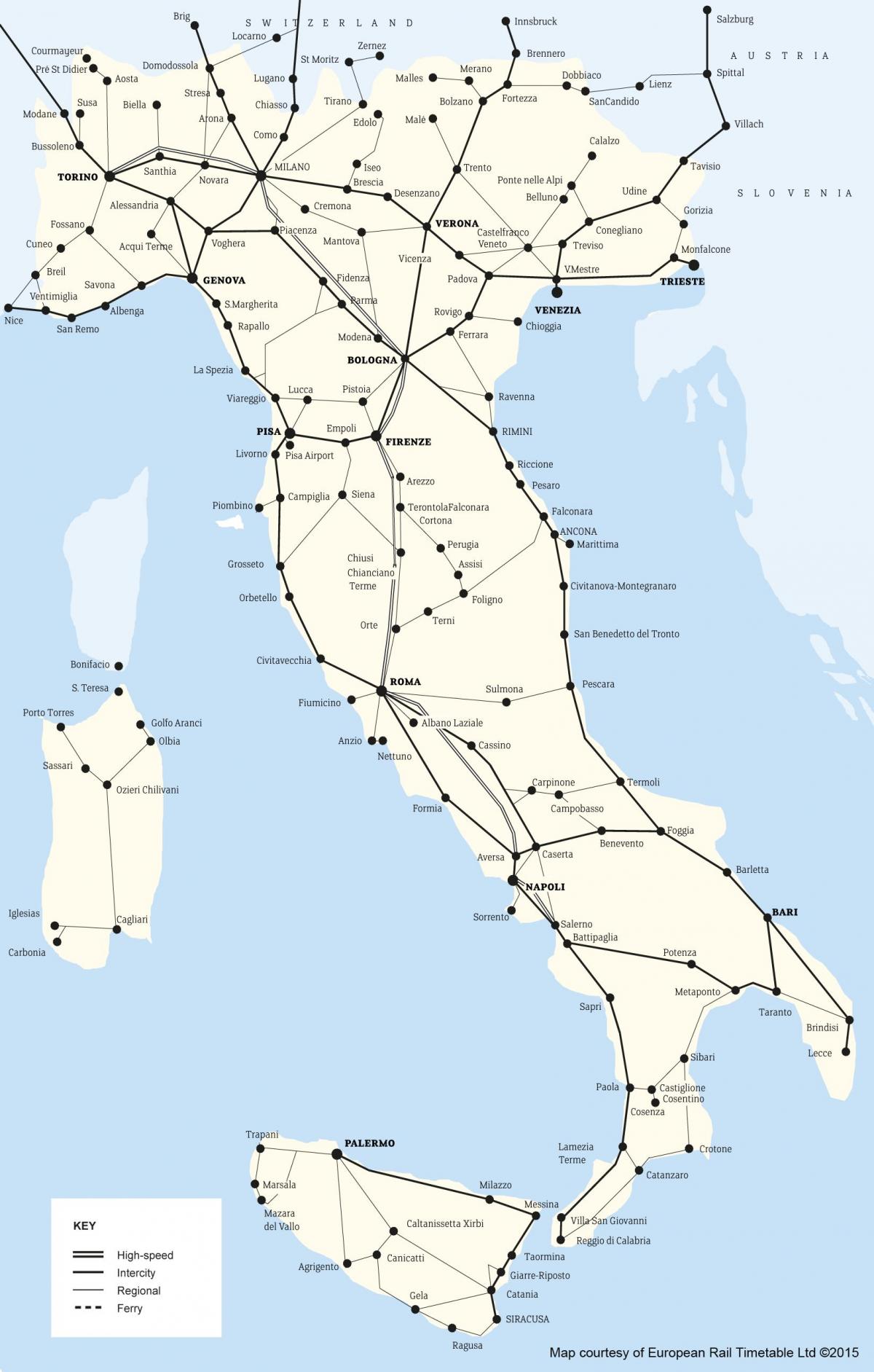 The nationwide rail system was begun in the 1800s, and expanded greatly under the Fascist regime of Mussolini, who famously, "made the trains run on time." Bombardment during WWII devastated the rail lines but reconstruction occurred under the post-war Marshall Plan as its mentioned in Italy rail map. The first high-speed trains debuted in the 1970s and today, Italy continues to, little-by-little, at least, modernize and expand its rail system.

Italo, a private rail company, runs fast trains on routes between several major cities as you can see in Italy rail map. In recent years, it has taken a bite out of Trenitalia business, particularly where it competes with the Freccia trains. Italo has an extremely modern fleet of clean, comfortable trains, with service classes ranging from Smart (standard) to Club Executive (VIP class).

Some small private rail companies in Italy as its shown in Italy rail map serve towns in one area such as Ente Autonomo Volturno that has routes from Naples to places like the Amalfi Coast and Pompeii or the Ferrovie del Sud Est that serves southern Puglia. All trains are part of the national rail line, Trenitalia.